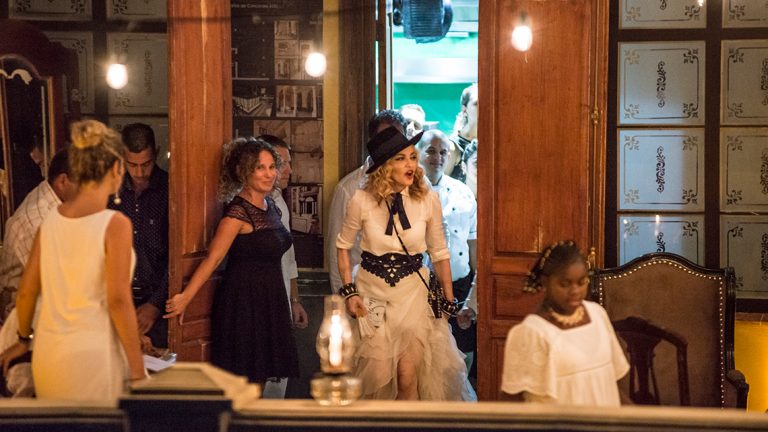 Cuba and specifically Havana are undergoing a renaissance in tourism which is restoring the island to the lofty position it had in the late 19th century and first decades of the 20th century when it was an intellectual, artistic and musical hub before the shutters closed on the outside world.

Having tripled its market share of Caribbean tourism in the last decade alone, tourists are choosing Cuba for the very good reasons of the tropical sunshine, the long, sandy beaches, the cosmopolitan gastronomy, the delicious cocktails, the history, the colours, and the Cuban people’s dynamism.

It was a long time ago in the 4th Century when St. Ambrose said:

“When in Havana, do as the Cubans do.”

With Havana’s vibrancy, colour, and bustling atmosphere both day and night, living like a “Habanero” is not exactly a chore.

When you think of holidaying in Havana, you probably imagine sipping “Mojitos” in a ramshackle bar with creased, thumb-marked black and white photos of Che Guevara on the walls, while a live band plays chachachá music in an impossibly tiny corner. The local regulars will be expertly dancing without inhibition, almost as though they were born with a biologically inherited gene of acting chic, and the sun may be setting a thousand tones of orange over the Atlantic’s horizon. Does it seem too far-fetched? Don’t bet against it.

Everything you imagine that comes with a paradisiacal holiday in the Caribbean; flavoursome cocktails in stylish, dilapidating bars, music so catchy it’s impossible to remain still, and startlingly intimate, care-free dancing, can all be found in Cuba without looking too hard.

The top five essential bars to visit in Old Havana

Cubans know how to enjoy life. They are many things, but tight-lipped and reserved, they are not. Born into a culture of organised chaos and vibrant bustle, Cubans know how to deal with several things going on at the same time, all while taking it easy and having fun. Sound complicated? It isn’t really.

Take the music, something fundamental to Cubans – despite the island’s relatively diminutive geographical size on a global scale, the music to have spawned here and reached out its guitar-calloused fingers across the whole world is monumental. Often considered one of the richest and most influential regions of music on earth, this island has given us; Bolero, Chachachá, Danzón, Mambo, Rumba, Salsa, Cuban jazz, Changui, Pachanga, the indefatigable Buena Vista Social Club – and many, many more.

So how do you unlock this treasure chest which remained tightly shut for so many years? Well, to unlock Cuba’s soul, you need to go to a bar. It’s where the locals chew the fat, chew their cigars, and where you can definitely choose a drink. For sipping cocktails, dancing, or socialising with the friendly “Habaneros”, here are the best ones to go.

Cuba and cocktails go hand in hand. They’re pretty famous for them. The Mojito, the Daiquiri, the Cuba Libre – they’re all from here. To experience the best cocktails in Havana, you simply have to visit Jesus Maria 20. Set on a rooftop in the neighbourhood of San Isidro in Old Havana and decorated in Cuban artistic style, even boasting its own art gallery, the drinks here are top quality. Getting the balance of a cocktail right is fundamental. Too little rum in a Mojito and it’s watery. Also too much, and it’s acerbic. Then too little tabasco in a Bloody Mary and it’s bland; put too much, and it’s unpalatable. At Jesus Maria 20, the cocktails are perfectly balanced. The delicious ceviches, pasta and burgers available complement the wide selection of cocktails on the menu; and if you’ve just “popped in for one”, you’re on dangerous ground.

With the best cocktails in Old Havana in your hand and beautiful views over the patchwork rooftops, I guarantee you won’t find it easy to get up and go.It’s still a new enough bar for the multitudes not to have packed it out, but with its funky meets sophisticated style, au courant attitude and excellent cocktails containing fresh, locally-picked fruit, it won’t be long before there are queues to get in. Make sure you go to the casually hip Jesus Maria 20 before everyone else catches wind of it.

Choosing the best bar in Havana for music is a bit like asking Lionel Messi to select his best ever goal. Where do you start? Havana is packed full of swinging, jiving, twisting bars full of outstanding live music. It fills the sultry air. It makes the city thrive. However, if you really do have to visit one unmissable bar, the music at Monserrate is sublime. Near the Parque Central in Old Havana, even the architecture caters for music.

The high ceilings mean that the sounds of Cuba resonate and bounce around the whole bar like mad ghosts, filling your head with richness and rhythm. As the live band plays on, the clientele, fuelled by magic and Mojitos, honour them by packing out the dance-floor, and as an obligatory old man sucks on his huge cigar and blows out blue smoke, this could almost be a delightful stereotype of how an American film director would build a set in Cuba. Whichever day of the week you come here, the party has started.

Regularly visited by respected Cuban musicians and “soneros”, a type of traditional Cuban balladeer, regulars boast of having played with Company Segundo or Felix Valoy and discuss the intricate differences between “mambo”, “timba” and “salsa” long into the humid velvet nights.

3. Michifu: Best Place to Socialise in.

Meet the People of HavanaMany people have gone to Cuba and ended up falling in love with the island. Ernest Hemingway and Federico García Lorca certainly did.If, like them, you crave more authentic “vida cubana”, Michifu is well worth a visit. It’s definitely the best place for meeting the genuine “Habaneros” who will always be enthusiastic at welcoming an inquisitive holiday-maker. Here, you can see first-hand the undeniably open personalities and friendly natures of the people who live here. As it’s an extremely popular place to go for the locals of Havana Centro where it’s situated; it’s worth booking a table if you want to eat. The ambience and the food are both fantastic too.

All you have to do is read the reviews of the people that were sage enough to go there. TripAdvisor is full of overwhelming “excellent” reviews and five-star ratings. Praising the quality of the food, the friendliness of the staff, the surprisingly low prices, and the sincere warmth of the regulars who’ll give it their best shot at making sure you have a memorable evening there. There’s even a grand piano so that the bonhomie intertwines with the sonorous chocolate melodies that haunt every corner of this old city.

Best Views of Havana CentroIt’s easy to wax lyrical about the views in Havana. The history seeps from every once ornate, now crumbling façade and lurks in enticing alleyways where the scent from Gardenias and Butterfly Jasmine invades the air. The most attractive vantage point to survey all this living history is from La Guarida Rooftop Bar. Frequented by Hollywood’s a-listers; Madonna came for her birthday, Natalie Portman and Helen Hunt came once; then came back again, and Usher chose this location for his wedding ceremony. It’s not difficult to imagine why.

Wicker and velvet sofas beneath the vast open canopy of sky allow guests to recline and relax; with one of the bar’s specialist award-winning cocktails unique to La Guarida. Try “La Tomatina” or a “Lágrima Negra” while being cooled by the Atlantic breezes of the ocean nearby; and marvel at the 360-degree views of the Havana’s centre. Don’t board that aeroplane until you’ve savoured some of La Guarida’s glamour.

Only in HavanaNever has the phrase “last but not least” been so strongly emphasised. In fact, for sheer clandestine class, it’s more “save the best till last”. Firstly, there’s more than a strong element of the mysterious about this bar. Dimly lit with alternative décor, no-one is even really 100% certain of this bar’s real name. Locals call it “Elegguá” or even “El Bar Sin Nombre” (The Bar With No Name). But whatever its name, it’s the kind of club you stumble across by accident at dusk while on route to somewhere else; and then end up watching the dawn with a group of new-found friends.

The dancing is intense, so the drinks flow freely. The air is thick with the smells of mint, lime and rum, Cuban petroleum; and the staff party as hard as the clientele. The “piece de resistance” of The Conga Room though, is the captivating Rumba. It’s genuine and authentic, not the diluted choreographies packaged together for tourists; and it must be seen to be correctly understood. Hypnotised and stupefied by the multi-coloured tapestry of African and Hispanic musical culture, the interwoven result is astounding; Cuban Rumba. The dancers, embracing every part of the folklore, brandish machetes and knives, and the audience stands beguiled and bewitched.

So much to do – so little time…

For however long your stay in Havana lasts, you’ll never sit idle in want of something to do. More often than not, tourists hear their departure gates announced over the airport PA System far too early for their liking.

Old Havana and Havana Centro act as a fascinating central points to explore. From which you can spiral outwards to all of Havana City; and thence to the rest of the island of Cuba. There are countless places to go; which are best left to other more detailed articles in order to do them justice. But if you seek some of the best establishments in “La Habana Vieja”; including all the essential ingredients which make Cuba what it is today. Music, dancing, cocktails, socialising, beauty, and an enchanting folklore, these five bars are the stand-outs.

Be sure you make them part of your trip before you’re wrenched away; back to alarm clocks, depressing weather forecasts and automated “mind the gaps”.