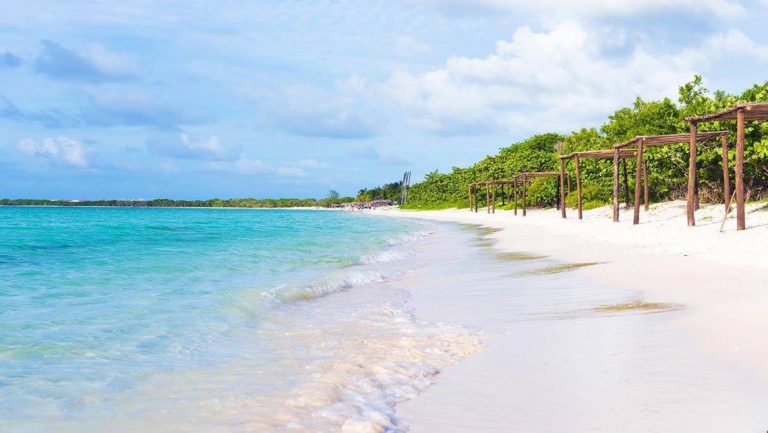 There’s little doubt that Havana and Varadero are two of the most popular holiday destinations in Cuba. With one slightly beating the other in terms of volume of visitors by a very narrow margin. While Havana is the nation’s beating heart, cultural epicentre and vibrant history-laden cosmopolitan hub; Varadero is its complete antithesis, an oasis of miles (12.5 of them to be exact) of white sands. Gently lapped by turquoise waters and littered by all-inclusive resorts. Which one should you choose? The answer is simple – both!

Havana and Varadero can indeed be considered the yin and yang of Cuba’s holiday industry. They are, in many ways polar opposites that feed off each other to provide the ultimate Cuba holiday experience. How? Allow us to illustrate.

The lure of Havana’s kaleidoscopic attractions

Simply put Havana is an obligatory stop on any trip to Cuba. You cannot say you’ve been to Cuba or seen the real Cuba unless you’ve gotten a glimpse of Havana. And a quick glimpse might not be enough, Havana is a place made for lingering; with endlessly fascinating discoveries to be made on virtually every turn.

A city with a lot to celebrate

As Cuba’s capital city – which by the way is celebrating its 500th anniversary this November – Havana is as romantic a place as they get. With thought-provoking contrasts; changing cityscapes and urban layouts to fall in love with. Inspiring remnants of a glorious bygone era and a glamorous not-so-distant past when the American mafia ruled its streets. NH Capri Hotel is an excellent example of mafia luxury turned into boutique chic. And, let’s not forget about its impressive fleet of gleaming American classic cars from the 50s; proudly clanking along its streets.

Havana is a city that leaves no one indifferent with its stark juxtapositions, pastel-coloured historic centre. Full of beautifully restored colonial buildings and a certain air of chic urban decay. Many believe the term “shabby chic” originated here. Then there are the lively locals who move to the wild beats of African drums; only when they’re not twirling around to the sounds of frantic salsa rhythms.

In Havana, it all blends in, despite many things standing out. Havana is many things at once, and its potent concoction never fails to surprise, inspire and even dumbfound travellers. As Cuba’s most emotionally evocative destinations, for all kinds of reasons, it’s one place to experience and embrace wholeheartedly. It´s pure nostalgia served with a generous dose of energetic dancing, rum cocktail drinking, (a mojito anyone?). Also scenic seaside walks and some entertaining people-watching.

Where to stay in Havana?

To experience Havana in style travellers now have more choice than ever, with a nascent luxury hotel market that began with the opening of the first Kempinski hotel in the Americas. The Gran Hotel Manzana Kempinski La Habana ,the height of boutique luxury in the city; and others that followed like the swanky Iberostar Grand Packard and the soon-to-open Sofitel SO Prado y Malecon.

Other not so new but equally luxurious hotels in Havana include the Saratoga Hotel, where the likes of Madonna and Beyonce have stayed. And the Iberostar Parque Central, one of the city’s most consistently best-rated hotels.

The indulgence of a Varadero beach resort

Words often fail to do justice to the beauty of Varadero with its 20 kilometres of sun-kissed, powdery soft sands and crystalline, sparkling waters with gentle surf. It’s one of the largest beach resorts in the Caribbean. And it puts holidaymakers’ mere footsteps away from the splashing fun with a wide array of hotels; ranging from budget properties to full-blown all-inclusive luxury.

In recent years it has been gaining popularity and with it growing in sophistication as newer; more modern hotels have opened up while others, like the landmark Meliá Internacional Varadero. The resort’s oldest, have been spruced up from head to toe to cater for a more discerning clientele.

The Caribbean’s most beautiful beach?

Yes, Varadero is all about the beach; and my, what a beach indeed; and it’s widely regarded, and justly so, a place to unwind. Down sunset cocktails and frolic in the sand as all worldly cares melt away. Many compare it to other famous Caribbean beaches; and declare Cuba’s Varadero to come out on top, but don’t take our word for it, see it for yourself!

It’s not just that Varadero is beautiful. The Hicacos Peninsula, at the tip of Varadero, is a protected nature reserve. And there are many activities you can do to explore it; from snorkelling trips to glass-bottom tours and more. In terms of things to do beyond the resort and outside your hotel; not that you’ll ever need to venture outside your all-inclusive haven. There are the stunning “Cuevas de Bellamar” (Saturno Cave and Ambrosio Cave) to discover. Also the Josone Park, plus some other exciting pursuits and day trips for active travelers.

Where to stay in Varadero?

With over 60 hotels and counting, Varadero now offers more choice than ever to discerning travelers looking for pure beachfront indulgence. For adults-only, the Royalton Hicacos Resort & Spa, a former Sandals property, is a real winner. As is the Paradisus Varadero, although this one welcomes the whole family. Likewise, the new five-star Iberostar Selection Varadero is a strong contender to add to the luxury mix. Many people rave about the newly reopened Meliá Internacional Varadero. Which one to go for? Choosing among so many great options will surely be the hardest part; but we are here to help so get in touch.

Havana and Varadero, the yin and yang of a perfectly balanced Cuba holiday

Havana and Varadero are like two sides of a coin, totally different but part of the same package. They give you two very different images of Cuba, a raw and authentic side full of colour and music; and a more tourist-focused beachside haven. Ideally, to get a well-rounded experience of Cuba, one should combine a stay exploring the vibrant Cuban capital; before basking in the nation’s most famous beach. After all, what could be a better way of ending an exciting sightseeing journey than with some utter beach relaxation?