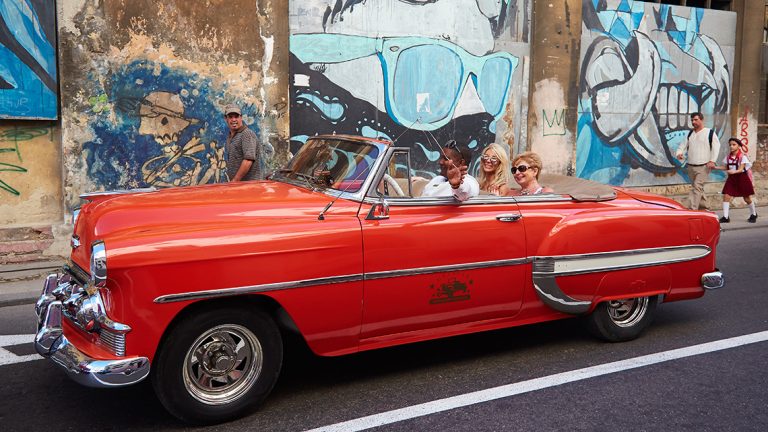 With the latest wave of restrictions concerning Cuba travel for American citizens. You can’t fault potential visitors for being wary of eyeing Cuba as a potential destination. As many are now unsure whether a Cuba trip is at all doable. Or whether it would entail far too complex planning to contemplate. We’re here to demystify all myths and misconceptions about visiting Cuba; and confirm that Cuba travel not only continues to be 100% legal. But arranging a trip to the island can be incredibly easy and straightforward.

With all the noise about Trump’s series of announcements curtailing travel to Cuba; many a U.S. traveller might think twice before embarking on a trip to the island these days. While others might be dissuaded entirely thinking that travelling to Cuba now entails far too much work. And having to navigate many complexities. Although it’s true that travelling to Cuba now is not as simple and straightforward, as it was during the Obama era. That’s not to mean that you have to necessarily suffer any added hassle. Or that the new rules are difficult to understand or overcome.

Can I still travel to Cuba if I’m American or a U.S. resident?

Before we delve into the particulars of Cuba travel; let’s make one thing very clear: Cuba travel is still 100% legal. And even when you now have to comply with a few more rules than before; the Trump administration is hardly making any extra efforts to clamp down on Cuba travel. In a punitive way for travelers or taking any extra steps to verify whether all U.S. visitors to Cuba comply with the new rules. (They still don’t routinely check traveller’s receipts upon arrival. And we still haven’t heard of any U.S. traveller being questioned about their Cuba trip upon their return. Usually get asked where they stayed and where they spent their money). So it’s still very much a case where you’re expected to act on good faith.

The measures are in place to hurt the Cuban government and wreak havoc in the national economy (which heavily relies on tourism). Not to restrict the freedom of U.S. travellers, even if that’s what they accomplish in practice; and many Americans rightly complain that doing so is probably unconstitutional).

That said, technically-speaking those who are found to have violated the now stricter rules on Cuba travel could incur in hefty fines. As well as other punitive measures including jail time, although in practice, neither of those measures has ever been enforced. There has not been a single case of anyone ever having to either pay the fine or go to prison; not in Trump’s time, not during Bush’s presidency and not during Clinton’s or any of his predecessors. It’s more of a scare tactic and warning than an actively followed-through verification procedure.

So, what are the Cuba travel rules now?

The panorama during Obama’s rapprochement era

After 2016, getting to know Cuba had been made all the easier thanks Obama’s relaxation of travel rules. Which made it possible for individuals to visit Cuba after filling a self-declaration form; and ticking one of the 12 categories allowed for travel. There was no need to get the license pre-approved and Americans could travel independently to Cuba. Easily arrange their own flights and book their own accommodation. After direct commercial flights between the U.S. and Cuba were reinstated in September 2016; for the first time in more than 50 years, Cuba was exceptionally well connected to several U.S. airports. With frequent routes and a handful of airlines connecting several U.S. and Cuban cities.

Trump’s recent changes have turned the tables on the previous scenario which had helped directly fill the pockets of so many Cuban entrepreneurs. Also had given many the courage and hope to open their businesses (a move many are now beginning to regret).

Under the new rules, the People-to-People option has been scrapped. But the pre-approved general license with the 12 categories of travel is still in place, although there have been some modifications. Basically, the one category that best fits a generic purpose of travel (good to the average curious visitor) is the “Support for the Cuban people category”. Which you can back up by ensuring you eat at private restaurants locally known as “paladares”, buy souvenirs in privately-owned shops and stay in casas particulares.

Under the new rules Americans can no longer stay in any accommodation of their choosing. As they have to limit their choices to hotels not owned by the GAESA group. (The idea is to avoid American money going into the Cuban government’s repressive entities, like the military). That’s not to mean, however, that an American citizen cannot, under any circumstances, stay at the hotels in the banned list; if the accommodation is paid, for example, by a non-American friend. Then that American visitor is not incurring in any illegality by simply staying there. As long as it’s not you, as an American traveller directly putting your money in a GAESA-run establishment or engaging in any financial transaction with said institution, you’re not in trouble.

There are also a number of Cuban government-run entities that Americans are forbidden from doing business with. Nor carry out any kind of financial transaction during their time in Cuba. Namely those that belong to the GAESA group.

Flights suspension to all Cuban destinations, except Havana.

As of July 2019, Cuba cruises and private flights to the island have been also banned and suspended.

But the worst measure that Trump has taken to cut back on Cuba travel and what his administration calls “veiled tourism” is the suspension of flights to the island. First, he dealt the biggest blow of all in October 2019 by announcing the suspension of all direct commercial flights to Cuba (flying to cities other than Havana). A measure that came into force from December 2019 onwards. Then he struck again in January 2020 by suspending charter flights to nine Cuban cities (Havana, again, was spared).

As a direct result of such new impediments and further obstacles, JetBlue just announced that it would cut back on its flights to Havana starting from April this year. The company directly cited Trump’s new travels restrictions as the reason behind their move. As it has severely cut into the demand for Cuba travel among U.S. customers. The scaling of their services is bad news for American travellers and the Cuban economy. But particularly hurtful to Cuban entrepreneurs, many of whom had set up businesses relying on a steady influx of U.S visitors.

How can I travel to Cuba legally as an American citizen?

Travel to Cuba is still fairly simple and, like we said earlier, 100% legal for American citizens and residents. All you need to do is check the “Support for the Cuban People” box on the general travel license (unless your purpose of travel falls into any other of the remaining 11 categories). Book accommodation at any of the non-restricted hotels or casa particulares and make sure your itinerary includes ways of giving back to Cubans. Or, easier still, arrange your trip with a licensed tour operator and purchase a ready-made package. That ensures you comply with all the rules from start to end, saving you the time of planning ahead and sparing you the hassle of double-checking the dos and don’ts.

The easiest way for Americans to travel to Cuba today is by booking a Cuba trip with a licensed tour operator. It not only relieves you of the stress of planning the trip, saves you the time of researching suitable accommodation and planning your itinerary. So that it complies with all the new rules; it also puts you in direct contact with Cubans through cultural itineraries that include plenty of meaningful interactions with the locals. It’s also the best way to discover Cuba’s many different facets, peculiarities and landscapes. As these comprehensive tours often combine city and rural experiences whilst also throwing in a relaxing stint on a paradisiacal tropical beach. Many of these licensed tours can also be tailormade to include the experiences that interest you the most.

Cuba continues as attractive as ever for the curious, inquisitive travelers. And while there may be some more hurdles to visit it than there were before. You can still make your way there, and you definitely should! Don’t let politics be the one factor that stops you from embarking on an amazing, enriching and certainly inspirational travel experience!