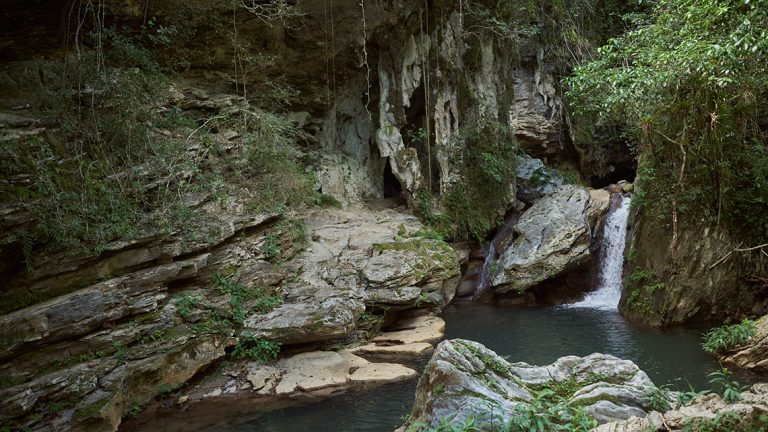 From cowboys, coffee and cigars to caves, cascades and Cuban creole cuisine, to experience the beauty and simplicity of rural Cuban life. There can be few better places to stay than the sprawling Finca Lima ranch in the verdant Escambray mountains of southern Cuba.

Set between a time-capsule city fizzing with culture and an unspoilt mountain paradise bursting with life; also the charming hillside retreat of Finca Lima is the ideal gateway to one of Cuba’s most beautiful and fascinating regions.

And staying on the family-run farm in the steppes of the lush Escambray mountains; skirting the heritage town of Trinidad in south-central Cuba is an experience in itself. Offering the lucky travellers who venture this way the chance to immerse in traditional rural Cuban life.

A microcosm of Cuban bucolic bliss; a privately-run “casa particular” like Finca Lima is a rare find in the Cuban countryside. Like any real ranch, it keeps a herd of cows and has stables. Where resident cowboys or “guajiros” look after a group of handsome horses. Guests can get hands-on helping to care for the horses; and can even learn to milk a cow if they like.

But one of the simplest pleasures on the ranch is kicking back in a Cuban rocking chair on the verandah. After a hearty dinner of completely organic locally sourced Cuban Creole food; chatting to the campesinos while they roll their own Cuban cigars. And listening to tales of Cuban life between coils of pungent smoke, is an unmistakably local experience.

In a time when travelers crave authentic experiences, this kind of completely cultural encounter is difficult to beat.

The ranch is also a launching point to explore the surrounding natural wonders of Topes de Collantes National Park; doable on foot or on horseback. From here you can head out into one of Cuba’s natural playgrounds; for hikes, rides and dips in the cool plunge pools of the park’s many waterfalls.

Treading the beautiful hills and trails is a great way to appreciate the stunning topography of this part of the island; that encompasses the undulating valleys and peaks of the Escambray.

Rising into the mists beyond the colonial city of Trinidad in southern Cuba; the picturesque slopes of the Escambray are swathed in evergreen woods and grasslands that harbour a rich diversity of wildlife. Topes de Collantes National Park is full of tracks that snake into woods and to high vantage points. Such as Mirador with stirring views of the mountains and coastline.

Meandering along the hiking tracks that pass nearby the ranch can lead to some spectacular surprises; such as waterfall-haunted valleys and pine forests harbouring deep caves. The El Cubano trail, for instance, takes you to a cool mountain cascade. While another route up the mountainside leads to a magnificent waterfall tumbling down the Vegas Grande river.

Another popular spot close to Finca Lima is El Nicho; a beautiful tiered waterfall flowing between cliffs draped in tropical foliage and framed by palms. A tropical oasis hidden in the hills; an early morning walk to the falls feels like arriving in a Garden of Eden.

Between the peaks; the valleys are pitted with caverns and cave systems, waiting to be discovered by curious explorers. Following the trail to Cueva de Colin, for instance; is rewarded with glimpses of the subterranean world dripping with stalactites and inhabited by bats.

For those looking to refuel after all that outdoor adventure; the Coffee Museum (Casa Museo del Cafe) very close to Finca Lima is just the ticket. Here a rustic Cuban casa and its coffee orchard have been transformed to tell the story of Cuban coffee from bean to cup.

Beyond caves, coffee, cascades and cowboys, there’s a veritable treasure trove of Cuban highlights close by. A stay at Finca Lima fits in perfectly with an itinerary. Discovering two of Cuba’s highlights: the quaint heritage spot of Trinidad; and the stunning south coast beach resort of Playa Ancon. Just 10km away, excursions to both can be arranged from the ranch.

The jewel in Cuba’s colonial crown, Trinidad is the most important stop on the country’s Spanish heritage trail. The most exquisitely preserved of the country’s cities, its handsome streets have earned it UNESCO World Heritage Site status. It was one of the first seven villages settled by the Spanish in the 16th century. And the lack of modernity enhigtens its old-world charm; in a place where horse and carts are as common a sight as cars.

The city has a more rustic feel than Old Havana; and walking its cobbled streets, appreciating the rainbow-coloured facades of its colonial mansions really feels like stepping back in time.

Many of the city’s historic homes have been converted into restaurants; still sporting gracefully aging interiors and some have become museums. In fact, Trinidad has the most museums per capita in the country. And is UNESCO-listed alongside the nearby Valley of the Sugar Mills that once made the city wealthy.

A living museum of Cuban sugar production during the 18th and 19th centuries; the valley features the ruins of more than 70 mills. Including watchtowers and barracks that are a reminder of the many slaves brought from Africa to work the plantations.

Don´t miss the beach nearby…

Beyond Trinidad, this part of Cuba sports one of the island’s most pristine beaches. Just 12km from the UNESCO-listed colonial gem of Trinidad; Playa Ancon is considered the best beach in the south of the country. Its arc of bleached sand sweeps around a lush peninsula; a day trip here is a must.

To experience the natural beauty, culture and heritage of southern Cuba; it’s fair to say there can be few better places to stay than within the rustic haven of Finca Lima.